Dutch government collapses due to court's ban on pot for foreigners?

The country known for “coffee shops” where joints and cappuccinos share spots on the menu may see its famed tolerance for drugs go up in smoke. A Dutch judge upheld a government plan to ban foreign tourists from buying marijuana. 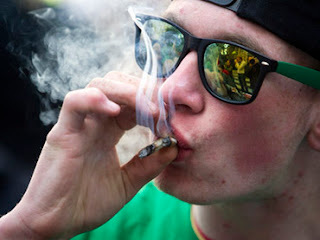 On Friday, a court in the Netherlands upheld a new law that will introduce a “weed pass” available exclusively to Dutch citizens and permanent residents. The ruling clears the way for the pass to be introduced in southern provinces starting next Tuesday.
If the government gets its way, the pass will roll out in the rest of the country, including Amsterdam, next year. It will turn coffee shops into private clubs with membership open only to Dutch residents and limited to 2,000 per shop.


The new regulation is aimed at reining in one of the country's most cherished symbols of tolerance – its laid back attitude toward soft drugs.
The Dutch government argues that the move is justified to crack down on so-called “drug tourists.” Effectively they are couriers who drive over the border from neighboring Belgium and Germany to buy large amounts of marijuana and take it home to sell. According to government officials, they cause traffic and public order problems in towns along the Dutch border.
For many tourists, however, smoking a joint in a canal-side coffee shop ranks high on their to-do list. Worried that tourism will suffer, Amsterdam Mayor Eberhard van der Laan is hoping to hammer out a compromise with the national government.
Nor have coffee shop owners given up the fight. A week ago they mustered a few hundred patrons for a “smoke-out” in downtown Amsterdam to protest the new restrictions.
Meanwhile, coffee shop owners in the southern city of Maastricht have said they plan to disregard the new measure altogether.
Coffee shop lawyer Veldman called Friday's ruling a political judgment. “The judge completely fails to answer the principal question: Can you discriminate against foreigners when there is no public order issue at stake?” he asked.
The "weed pass“ doesn't solve any problems we have here and it could create new problems,” said Amsterdam spokeswoman Tahira Limon.
Barring tourists from coffee shops will only drive them into the hands of street dealers, warned local resident Liza Roodhof.
“If you make it so that tourists can't buy weed in a coffee shop, then they're going to buy it on the street. You add more problems than you solve,'' she said.
Therese Ariaans of the Dutch Tourism Board said it was hard to judge the effects on tourism. It could reduce visits from people wanting to smoke pot but increase tourists previously kept away by Amsterdam's seedy side.
The Netherlands has more than 650 coffee shops, 214 of them in Amsterdam. The number has been steadily declining as municipalities impose tougher regulations, such as shuttering ones close to schools.
The new membership rules are the most significant rollback in years to the traditional Dutch tolerance towards marijuana use.
The conservative Dutch government says it wants to return the shops back to what they were originally intended to be: local shops selling to local people.
But the Dutch government collapsed this week, and new elections are scheduled for September. It's unclear whether the new administration will keep the new measures in place.
Source

Posted by Angelo Agathangelou at 3:08 pm