A Lightning War for Liberty - Michael Krieger - The Rebirth Of Barter

Justice in the hands of the powerful is merely a governing system like any other. Why call it justice? Let us rather call it injustice, but of a sly effective order, based entirely on cruel knowledge of the resistance of the weak, their capacity for pain, humiliation and misery.- Georges Bernanos
(1888-1948)
Outwardly we have a Constitutional government. We have operating within our government and political system, another body representing another form of government, a bureaucratic elite which believes our Constitution is outmoded.
- Senator William Jenner
(1908-1985) U.S. Senator (IN-R)
The Final Act of the Uruguay Round, marking the conclusion of the most ambitious trade negotiation of our century, will give birth – in Morocco – to the World Trade Organization, the third pillar of the New World Order, along with the United Nations and the International Monetary Fund.
- Government of Morocco
April, 1994   Source: New York Times, full page ad by the government of Morocco 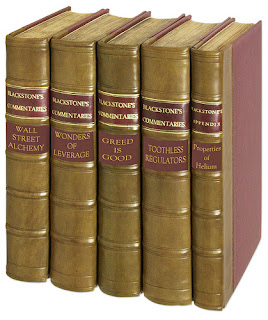 The Plates of Power are Shifting
What an amazing time to be alive.  Whereas in prior decades plans for global dominance by TPTB via a global fiat currency and supranational organizations set up under the guise of “the general welfare” were largely kept hidden from the public, there was always going to be a coming out party where these control-freaks needed to “sell” global bondage to the 99.9%

.  Whether you believe 9/11 and the collapse of 2008 were planned or just randomly happened is largely irrelevant.  What is indisputable at this stage is that these events were both used as the “crises” to announce their plans.  9/11 was the catalyst to sell the sheeple on the police state here in America and in reality across the entire globe.  Despite the fact that you probably have a greater likelihood of being hit by lightning while riding a tricycle than being killed in a terrorist attack, heightened fear was encouraged and promoted by the media and our government in order to put in the infrastructure for a total police state.  Many people stood up at the time and pointed out that this event was being used to manipulate people into going along with a shredding of the Bill of Rights, but most of us remained completely compliant out of shock and fear.  Then, seven years later we had the global financial crisis.  While 9/11 played on people’s fear of physical harm, the GFC played on people’s fear of financial harm.  As soon as it happened the selling process was on.  The sale was that capitalism had failed.  We needed more government.  More importantly, the Central Planners (the FED and all other Central Banks) were made out to be the heroes.  We were told at the time and continue to be told to this very day that if it were not for the decisive action and infinite wisdom of these mandarins we would be back to the stone age.  Combined, the attacks of 9/11 and the GFC were used as the vehicles through which to more overtly announce and sell the implementation of the long planned New World Order.


As we know, for every action there is a reaction and I am pleased to say that the reaction from the public has generally speaking (albeit very gradually) been in contrast to what TPTB had hoped for.  While I think 9/11 was a great success for them the GFC was not.  In fact, I think it was the absurdness of the actions to save the system since 2008 and the clear theft and consolidation of power by the financial elite since that date that has served more than anything else to wake up tens if not hundreds of millions of people throughout the world.  This has clearly frustrated the plans of these clowns and their concern was quite evident on the face of The Bernank during yesterday’s press conference.  Things are now falling apart so fast for these guys behind the scenes that they are being forced into increasingly desperate action.  This increasingly desperate action is then being translated into more sheeple waking up, which in turn is resulting in the undesired response from the public and even sovereign nations themselves.


Nowhere is this becoming more clear than with the whole Iran fiasco, which may end up being one of the biggest geopolitical mistakes in United States history.  This should not come as a surprise since as I mentioned recently the people running this country are more cunning and manipulative than they are wise or knowledgeable.  They actually collectively remind me of the child King Joffrey Baratheon in HBO’s Game of Thrones.  Washington D.C., Wall Street and much of corporate America are being run by petulant, power-lusting, stunted-adults who are incapable of seeing beyond the next move in the game.  They are playing checkers while their opponents are playing chess.  This is what is so amusing about the whole imminent failure to implement the New World Order.  Their parents or those that came before them might have been able to pull it off.  They were far smarter.  These guys are ten year olds with a crown strutting around with no clothes on.


The Rebirth of BarterOne of the most important articles I have read this week comes from Forbes contributor Gordon Chang.  In it he states that China is preparing to avoid U.S. sanctions on Iran by paying for oil with gold.  Not only that but he also mentions that China has already been bartering with Iran to get a hold of petroleum.  He states:


So how can Beijing keep both Iran’s ayatollahs and President Obama happy at the same time?  Simple, the Chinese can avoid the U.S. sanctions through barter.  China has already been trading its produce for Iran’s petroleum, but there is only so much gai lan andbok choy the Iranians can eat.  That’s why Iran is also accepting, among other goods, Chinese washing machines, refrigerators, toys, clothes, cosmetics, and toiletries.


The barter trade works, but Iran needs cash too.  As it is being cut off from the global financial system, the next best thing is gold.  So we should not be surprised that in late February the Iranian central bank said it would accept that metal as payment for oil.   Last year, China imported $21.7 billion in Iranian oil and exported $14.8 billion in goods and services.  As the NDAA goes into effect, look for Beijing to ship gold to Iran to make up the difference.
Thus, the leadership in America in its infinite stupidity has actually accelerated the demise of the U.S. dollar as the world’s reserve currency.  After its “kinetic action” in Libya succeeded in toppling the regime there, Washington’s geopolitical hubris grew and it has attempted to muscle Iran into a corner.  Instead, all it has done is alienated our “allies” that need Iranian oil to survive and in the process quickened a move away from the dollar to settle certain transactions.  Read Gordon’s article here.
In a similar move on a more micro level, the government of Spain in a similar desperation has banned the use of cash transactions above 2,500 euros (read this great article here on it).  How do you think citizens are going to respond to this?  People are already in the streets.  They are not pleased with what is going on.  Then the government is going to tell them they can’t use cash amongst themselves so that the authorities can track every single thing they do and bleed them with taxes until they are slaves on a banker plantation.  Everything is going to go black market and to a barter system.  It will happen country by country as governments get increasingly desperate and the authoritarian clamp down continues.  It will happen on an increasing level until all of these house of cards bureaucratic states fail and something new is reborn.  In case you haven’t seen it yet, this one town in Greece is already leading the way.  This video outlines what will be a mega trend globally over the next decade.
Amazing Speech to the Fed by Robert Wenzel
You all know there is nothing I enjoy more than when someone lays into the Keynesian magicians at the FED; and there is nothing I like more than when someone goes into their own temple and obliterates them to their face.  Well Robert Wenzel did just that.  Here are some of my favorite lines.
I scratch my head that somehow your conclusions about unemployment are so different than mine and that you call for the printing of money to boost “demand”. A call, I add, that since the founding of the Federal Reserve has resulted in an increase of the money supply by 12,230%.
I also must scratch my head at the view that the Federal Reserve should maintain a stable price level. What is wrong with having falling prices across the economy, like we now have in the computer sector, the flat screen television sector and the cell phone sector? Why, I ask, do you want stable prices? And, oh by the way, how’s that stable price thing going for you here at the Fed?
So you then might tell me that stable prices are only a secondary goal of the Federal Reserve and that your real goal is to prevent serious declines in the economy but, since the start of the Fed, there have been 18 recessions including the Great Depression and the most recent Great Recession. These downturns  have resulted in stock market crashes, tens of  millions of unemployed and untold business bankruptcies.
I scratch my head and wonder how you think the Fed is any type of success when all this has occurred.
Further, I am very confused by the response of Chairman Bernanke to questioning by Congressman Ron Paul. To a seemingly near off the cuff question by Congressman Paul on Federal Reserve money provided to the Watergate burglars, Chairman Bernanke contacted the Inspector General’s Office of the Federal Reserve and requested an investigation [12]. Yet, the congressman has regularly asked about the gold certificates held by the Federal Reserve [13] and whether the gold at Fort Knox backing up the certificates will be audited. Yet there have been no requests by the Chairman  to the Treasury for an audit of the gold.This I find very odd. The Chairman calls for a major investigation of what can only be an historical point of interest but fails to seek out any confirmation on a point that would be of vital interest to many present day Americans.
In this very building, deep in the underground vaults, sits billions of dollars of gold, held by the Federal Reserve  for foreign governments. The Federal Reserve gives regular tours of these vaults, even to school children. [14] Yet, America’s gold is off limits to seemingly everyone and has never been properly audited. Doesn’t that seem odd to you? If nothing else, does anyone at the Fed know the quality and fineness of the gold at Fort Knox?
Source
Posted by Angelo Agathangelou at 9:40 am