Japan, which already tops the world’s life expectancy list, now has another tool to cement its leading position. The country’s scientists say they have discovered a protein responsible for ageing and learnt to control it. 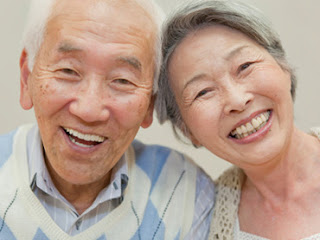 A group of scientists from Osaka University have found that one of the components of the human complement system is directly responsible for ageing, Russia’s ITAR-TASS quotes Japanese media on Saturday. The C1q protein, the researchers say, is to blame for human cells getting old.
Part of the immune system, the complement system helps or “complements” the body in clearing away germs. The C1q protein was earlier thought to be merely a building block in the system.
Having established the protein’s true role, however, the scientists claim they have also learnt to control it, almost completely blocking cells’ ageing process. The discovery, they claim, could easily become a key to everlasting life.
But there is also a different side to the story.


By casting the protein “into sleep” and slowing the ageing process, scientists also block the body’s entire immune system. So far, a way of stopping the ageing and keeping the immune system working has not been found.
But the researchers say they are hard at work, so who knows? Perhaps one day before too long we might be able to stay young – and healthy at the same time.

Posted by Angelo Agathangelou at 11:08 am