Early in 2011, the London Bullion Market Association began to push for gold to be recognised by the Basel Committee on Banking Supervision as the ultimate high-quality liquid asset. It has been a planned approach involving the wider financial community, with the European Parliament voting unanimously to recommend that central counterparties (basically regulated settlement intermediaries for securities markets) accept gold as collateral under the European Market Infrastructure Regulation (EMIR). Lobbying by the LBMA certainly contributed to this favourable outcome. A growing acceptance of gold as collateral in regulated markets is forcing the Basel Committee to reconsider the position of gold as a banking asset, which currently has a 50% valuation haircut. It is now a racing certainty the haircut will be revised to zero, the same status as secure cash. 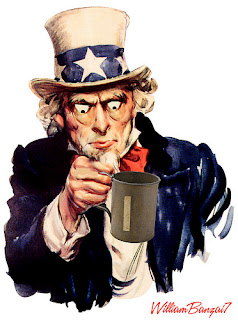 This is an important development for the physical gold market, and early warning of the change was signalled by a consultation document issued by the Fed and banking regulators in the light of forthcoming Basel 3 regulations1. It must have stuck in the Fed’s craw to have to circulate a proposal that “A bank holding company or savings and loan holding company may assign a risk-weighted asset amount of zero to cash owned and held in all offices of subsidiary depository institutions or in transit; and for gold bullion held in a subsidiary depository institution’s own vaults, or held in another depository institution’s vaults on an allocated basis, to the extent the gold bullion assets are offset by gold bullion liabilities.”(Page 291 and elsewhere).
There can be little doubt if history is any guide that the US Treasury and the Fed would rather not give gold a status that rivals the dollar, but they cannot boss the Basel Committee around.
Ever since President Nixon took the dollar off the gold standard, the official mantra has been that gold no longer has any monetary role. To do an about-turn and accord it the same rank as dollar-cash is therefore extremely significant. Furthermore, there is an unarguable logic in favour of not penalising banks who wish to diversify their balance sheets and collateral away from fiat currencies, some of which are becoming increasingly risky in these times of systemic stress.


The proposal is only at the stage where comments are invited, but it is unlikely that the banks will turn this proposal down, since it represents a secure lending opportunity and the opportunity to diversify a bank’s own assets without facing a risk-weighting penalty. The proposal when implemented is certain to encourage banks to buy gold, and the bullion banks in London will hedge uncovered unallocated customer liabilities. And what is sauce for the commercial goose is also sauce for the central-bank gander: it makes no sense for the central banks to continue to marginalise gold on their own balance sheets. Instead, central banks should abandon the myth of valuing gold on their books at $42.22 and treat it as a proper monetary asset.
What this proposal amounts to is no less than the official remonetisation of gold. And as the implications dawn upon the wider banking community we shall see increasing numbers of banks seeking gold-related lending opportunities and more and more bankers seeking to acquire it as a core balance sheet asset. Source
Posted by Angelo Agathangelou at 11:31 pm