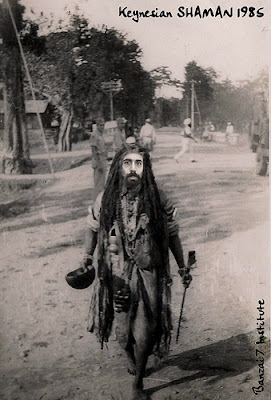 Robert Reich: Just when you thought Wall Street couldn't sink any lower - when its excesses are still causing hardship to millions of Americans (and the rest of us) and its myriad abuses of public trust have already spread a miasma of cynicism over the entire economic system - an even deeper level of public-be-damned greed and corruption is revealed.

Sit down, and hold on to your chair.
Consider the most basic services banks provide you: You put your savings in a bank to hold in trust, and the bank agrees to pay you interest on it. Or, you borrow money from the bank and agree to pay the bank interest on the loan.
We trust that the banking system is setting interest rates based on its best guess about the future worth of the money. And we assume that guess is based, in turn, on the cumulative market predictions of lenders and borrowers all over the world (including central banks) about the future supply and demand for the dough.
But suppose our assumption is wrong. Suppose the bankers are manipulating the interest rate so they can place bets with the money you lend or repay them - bets that will pay off big for them because they have inside information on what the market is really predicting, which they're not sharing with you.
That would be a mammoth violation of public trust. And it would amount to a rip-off of almost cosmic proportion
- trillions of dollars that you and I and other average people would otherwise have received or saved on our lending and borrowing that have been going instead to the bankers. It would make the other abuses of trust we've witnessed look like child's play by comparison.
Sad to say, there's reason to believe this has been going on, or something very much like it. This is what the emerging scandal over "Libor" (short for "London interbank offered rate") is all about.

Libor is the benchmark for trillions of dollars of loans worldwide - mortgage loans, small-business loans, personal loans. It's compiled by averaging the rates at which the major banks say they borrow.
So far, the scandal has been limited to Barclays, a big, London bank that just paid $453 million to U.S. and British bank regulators, whose top executives have been forced to resign, and whose traders' e-mails give a chilling picture of how easily they got their colleagues to rig interest rates in order to make big bucks. (Robert Diamond Jr., the former Barclays CEO who was forced to resign, said the e-mails made him "physically ill" - perhaps because they so patently reveal the corruption.)
But Wall Street has almost surely been involved in the same practice, including the usual suspects - JPMorgan Chase, Citigroup and Bank of America - because every major bank participates in setting the Libor rate, and Barclays couldn't have rigged it without their witting involvement.
In fact, Barclays' defense has been that every major bank was fixing Libor in the same way, and for the same reason. And Barclays is "cooperating" (i.e., providing damning evidence about other big banks) with the Justice Department and other regulators in order to avoid steeper penalties or criminal prosecutions, so the fireworks have just begun.
There are really two different Libor scandals. One has to do with a period just before the financial crisis, around 2007, when Barclays and other banks submitted fake Libor rates lower than the banks' actual borrowing costs in order to disguise how much trouble they were in. This was bad enough. Had the world known then, action might have been taken earlier to diminish the impact of the near financial meltdown of 2008.
But the other scandal is even worse. It involves a more general practice, starting around 2005 (and continuing until ... who knows? It might still be going on), to rig the Libor in whatever way necessary to assure the banks' bets on derivatives would be profitable.
This is insider trading on a gigantic scale. It makes the bankers winners and the rest of us - whose money they've used to make their bets - losers and chumps.
What to do about it, other than hope the Justice Department and other regulators impose stiff fines and even criminal penalties, and hold executives responsible?
When it comes to Wall Street and the financial sector in general, most of us suffer outrage fatigue combined with an overwhelming cynicism that nothing will ever be done to stop these abuses because the Street is too powerful. But that fatigue and cynicism are self-fulfilling; nothing will be done if we succumb to them.
The alternative is to be unflagging and unflinching in our demand that Glass-Steagall be reinstituted and the biggest banks be broken up. The question is whether the unfolding Libor scandal will provide enough ammunition and energy to finally get the job done.

WilliamBanzai7 link
Posted by Angelo Agathangelou at 10:21 am