CYPRUS: What they knew, and what we didn’t + 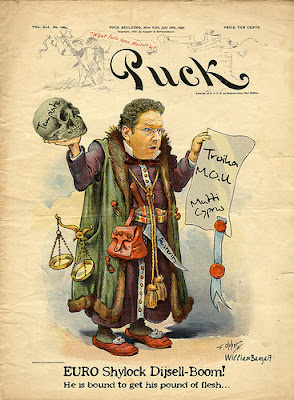 The Slog: Details of a memorandum signed between Nicosia and troika officials leaked to the media stress the creation of infrastructure to exploit the island’s undersea reserves, and of the need for a fund to “manage” State revenues derived from natural gas finds. And Nicosia’s Electricity Authority was one of the biggest withdrawers prior to the depositor theft announcement.
Both Greeks and Cypriots are pondering this morning about evidence of hard bargaining in the detail of the Troika/Cyprus deal – a deal leaked to the media late yesterday. The final signed memorandum gives Nicosia one more year than anticipated to post a primary surplus – setting a deadline of 2017 rather than 2016 – and is being seen by some as the price the EU/IMF/ECB axis had to pay to get what they wanted: access to the gas reserves around the island.

Significantly, the National Electricity Authority was allowed to withdraw its entire holding in Cyprus Bank…..suggestive of either a tip-off from the Cypriot negotiators, or turning a blind-eye by the Troika as another negotiating point to achieve its ends. There is cynicism in Nicosia about who will handle and control the “fund” to be set up to “manage” income from the energy reserves. If the bailin now signed – and the debt Nicosia faces – go according to  normal procedure (ie, the debt keeps going higher, and the GDP lower – as in this case it must do) the chances are that both the income and the assets will fall into EU hands.
Which, let’s face it, was probably the idea.
Meanwhile, President Nicos Anastasiades said he would allow casinos to operate in Cyprus – another cultural improvement designed to attract innocent investors – and continued to refute reports that a firm owned by his son-in-law’s father transferred €21m euros abroad a few days before the Eurogroup levy imposition on depositors in Cyprus. Unfortunately for him, the data tend to support his accusers.
There seem to be two types of investor who got out of Cypriot banks before the EC goosestepped in: people known to the Government, and mobsters. This is a representative snapshot of the biggies:
The Cyprus Electricity Authority withdrew €19.5m on 12.3.13: just 96 hours before the depositor levy was announced.
Octala Services withdrew $26m, 7.3.13. Asmad Octala Jr. is a 46 year old property developer and real estate agent based in Miami Florida, he is a member of the Octala family (suspected Mob connections) and was charged with Grand Larceny in 1995.
ATED Investments Ltd works from a small serviced office space in London, but is an obvious front for Russian money. Listed as dormant, it has not issued any accounts since 2008.  It withdrew 48m Rubles on 14.3.13
Oneworld Ltd  provide financial services solutions to corporate clients based in Cyprus and internationally. They specialise in ‘tax-efficient jurisdictions’, and are reputed to manage wealth for several Cypriot MPs. Oneworld withdrew €19.5m on 14.3.13
Seymour Enterprises. Based in London and again, dormant since 2005, the company withdrew $20m between the 5th and 8th March 2013.
Harveyson Investments is a fake trading name: it doesn’t exist as a company anywhere. Another probable Russian front, it withdrew 5m rubles between 5th and 16th March 2013. There is a Harvey Son company in the UK, but no connection to any of this is apparent.
So there we have it – or rather, Cyprus doesn’t: the bad guys didn’t like the play, and left after the First Act. On the whole, they weren’t a very prepossessing lot….and thanks to Inspector Clousseau of the Brussels Sureté, they got clean away.
My sympathy lies 100% with the innocent citizens of Cyprus, wealthy or otherwise: they have had their past savings and future income stolen, and there is no excuse for it.


Additional... many warnings for the above story from those in the following 'interesting photo' in Chile: 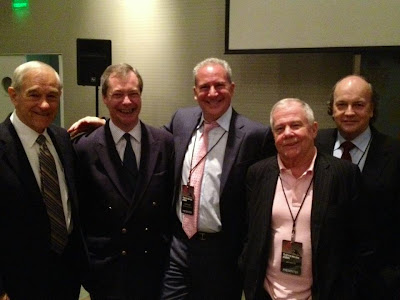