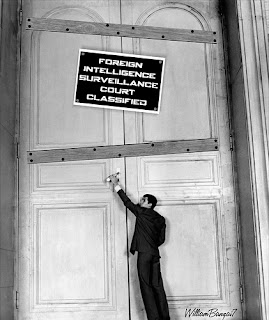 The Slog: Following on from his huge success as a taxidermist in concert with London Mayor Boris Johnson, Tim Yeo has been caught with his hand-made Gieves & Hawkes round his ankles. I know it’s really a distraction from the big picture, but you have to laugh at this one….while at the same time sticking one up to the BoJo Sarkist tendency – who laid off Yeo’s Taxi emissions scam because they’re all for Bonkers to be proclaimed PM.
I wouldn’t mind betting that given half a chance, Tim Yeo lobbyist wouldn’t say no to bribing Tim Yeo the corrupt legislator; he is, after all, extremely thick. But that’s life today: when life imitates art, things seem normal. When life apes satire, there’s a problem. When life mirrors slapstick, there’s a serious problem. I’m sorry Owen Paterson (a generally good egg) got tarred in this mess thanks to Slog slapstick last week, but here we are a few days later – and the flow of toxic MPs is threatening to pollute the body politic from tip to toe.
All over Westminster and Whitehall, apparatchiks are hunting for any media distractions they can find.
Luckily for them, there are plenty of crackers around at the moment….and quite a few of them come under my heading, ‘Read the headline, imagine the copy’. In everything from commerce and protests to religion and tabloidism, retro is back with a phurrrt.
Iran’s media says that it has set up its first centre to monitor objects passing in orbit overhead.
Tehran’s news agency said the main objective was to set up an early warning system for Allah’s holy flaming coaches descending from on high to smite the Infidel, but the director there Mr Iqbal Sobonquas added that Iranian scientists were also hunting for evidence of celestial virgins flying in formations of 77.


Paris Jackson was transferred to UCLA Medical Center this evening, and TMZ has the exclusive video of her being wheeled into the hospital. The trolley sported four wheels, all of them round, and had two gears, forward and reverse. Three medical attendants pushed it (all in the same direction) through a clever wall-opening headed ‘Entrance’, after which the two leaves of the opening swung back and forth. The building – a hospital – is a place where sick people are made better but then catch a superbug and die. Quality journalism requires investment, unauthorised viewing of this exclusive video is strictly forbidden.


‘While today’s jobs report may not be a game changer for the Fed’s upcoming policy decision, it did cause our next guest is significantly cut’.  Looks to me like the subed was half-cut. Mind you, Fox is a Newscorp company, so illiteracy comes as standard – and money is often saved by running two non-stories together in the hope they’ll make one.


Court closures ‘bad for justice’The closure of Courts in favour of feminist military tribunals to decide divorce cases has been slammed by the Think Tank Veritas as ‘bad for justice’. But having appointed herself Person High Chopper-off of the Testes, Harridan Harpoon told Spare Rib that “we simply cannot trust men any longer to decide how much of their money we should take, especially when there are no children involved. It’s high time women punched through the glass ceiling and made their way onto the roof of equality, thence to take off in the helicopter of gynocracy”.


Later, Ms Harpoon was disappointed to discover that Spare Rib ceased publication in 1993…roughly the same time as the behaviourist wing of feminism was revealed to be a load of old bollocks. But here’s one for all paranoid blokes to take to bed: The Guardian announced two months ago that the magazine is due to be relaunched, with the journalist Charlotte Raven at the helm. Indeed, as if to confirm your worst fears, on May 8th this year The Guardian’s Kira Cochrane wrote:


‘There’s her plan to revive consciousness-raising groups….. She sees these gatherings – which burgeoned in the 70s as a place where women could discuss how specific feminist issues affected them – as a way of mending “that link between the personal and political that has just been completely broken”. She wants to hold immersive events, with a political edge, which explains why numerous performance artists are involved in the Spare Rib project. And there will be activism, although she isn’t quite sure what the political demands will be.’

Er, Tariq mate – d’yer fancy coming out of retirement? Only, wot wiv Dany Cohn-wotsit, Deggsie ‘atton, Janet Daley and Maurice Saatchi ‘avin’ gone over to the uvva lot, I wuz finkin’ of revivin’ Counterculture. Dave Spart, Mario Savio, Herb Caen an’ quite a few uvvas you never f**kin’ ‘eard of are up fer it. Waddya fink?


Radical Chique is dead, but Retro Radical is born.
Source