GLOBAL BANKSTER LOOTING: How an EU regulation can become a law without MEP involvement + The new EU bailin law was hurried through alright…but the template was premeditated

The exceptionally unexceptional Olli Rehn
The Slog: In this follow-up to the weekend’s bailin process adoption posts, The Slog fills in the remaining pieces of the jigsaw. You may think you are a member of a Democratic European Union. You are not. There are many easy ways to hide from the EU Parliament: bundling a Delegated Regulation Supplement into a larger package (eg, on banking union); or the meeting of an EC committee followed by “no response” from MEPs are just two…the RRM is another. All have the force of Law. Follow the timeline, observe the press statements, read the speeches….and make your own minds up.
Let me at the outset pay tribute to two folks here. First, my longstanding Brussels mole who has gone more than the extra mile here to point me in the right direction; and the indefatigable Anna Raccoon (great post today by the way) mistress of the art of deconstructing obfuscation.
There is certainly no call at all for any tribute to the EU’s own press officers and bureaucrats.
It’s obvious there is at least some degree of deliberate  obfuscation going on as regards the Bailin Law question. There is, for example, no clear line of responsibility between Olli Rehn (Economic & Monetary Affairs) & Michael Barnier (European markets). All their press officers – and the EU Parliament’s press office – are on holiday now until 23rd August. And since 19th July until 26th August, the MEPs are in recess.

How imminent bank collapse fears forced the Eunatics to act 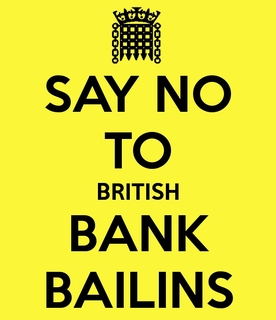 Source
Posted by Angelo Agathangelou at 10:15 am