That was invented by a woman? Cool story, Sista! 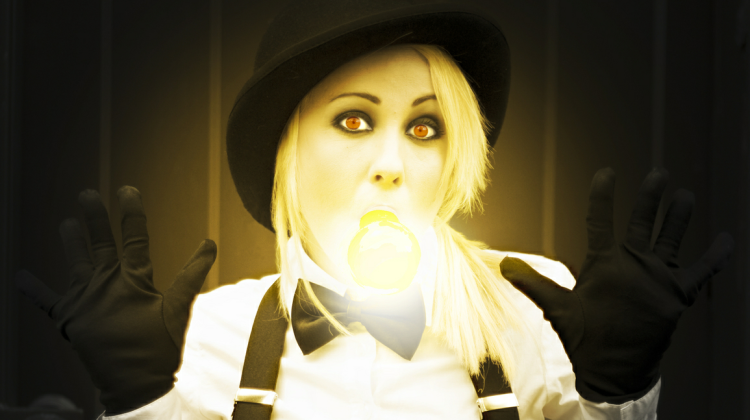 By Kevin Wayne: Ah, Tumblr Feminists. What would we do without them to provide comic relief, eh? Actually the truth be known is that contrary to popular belief, Tumblr Feminists are in fact a good representation of the Feminist mainstream. I know, I know: “You can’t go by the Feminists on these little social networking sites,” many exclaim. “They don’t represent true Feminism!”
Actually, all that amounts to is just another variation on NAFALT, or the “No true Scotsman” fallacy. One only need to examine a topic often brought up that you can find most anywhere: The notion of women inventors. This fatuous nonsense that comes so straightforwardly from the mouths of the younger Feminists on Tumblr, Facebook, MySpace, Twitter, et. al,? It’s all over the Internet! Don’t believe me? Do an online search for it. There are copious websites throughout that list several alleged female formulators for your perusal. Some of them repeat the same names, some have names of their own they add to the wood pile.
I’m old school, so I’m going to jump into this – at least at first – the way I would have sampled a vinyl record album back in the day: Drop the needle somewhere and let it play! So in randomly picking out one of the sites I’ve managed to dredge up, I go through the names and one jumps out at me big time. A name that goes back to my boyhood lustful fantasies: Julie Newmar, better known by her most famous role of Catwoman.

I first encountered the name of the divine Ms. Newmar on a meta-list of Women Inventors here. Accessing the link on her name takes me to a page titled “Who Invented Pantyhose?” This is what we find:

In 1959, Glen Raven Mills of North Carolina introduced pantyhose invented by Allen Gant. Pantyhose are a combination of underpants and stockings all in one garment. With the addition of an opaque nylon top, pantyhose eliminated the need for multiple “foundation” garments. In 1965, Glen Raven Mills developed a seamless pantyhose version that coincided with the introduction of the miniskirt. Allen Grant is the descendant of John Gant, who founded the textile mill in 1902.


Julie Newmar, a living Hollywood film and television legend is an inventor in her own right. The former Cat Woman patented ultra-sheer, ultra-snug pantyhose. Known for her work in films such as Seven Brides for Seven Brothers and Slaves of Babylon, Newmar has also appeared recently in Fox Television’s Melrose Place and the hit feature-film “To Wong Fu, Thanks for Everything, Love Julie Newmar.”

Call me crazy, but doesn’t this amount to Allen Gant being the actual inventor of the pantyhose and Julie Newmar being an innovator of something a man already brought forth into the world? Most people I think would say so, And it’s worth noting that the entry makes one sentence about her contribution, then goes onto talk about what we should be lauding her for: Her stellar acting career.
Changing the subject so soon, are we?
The US Patent & Trademark Office does mention the former Catwoman on its website. An innovation on another recognized invention can apparently be itself called an invention, provided it meets the “Inventive Step” or “Non-obviousness” requirements for a patent to be issued. However, I’m not sure that most people understand that in terms of popular usage of the words “inventor” or “invention.” Probably most people think of an invention as “a device, contrivance, or process originated after study and experiment.” In other words, Allen Gant’s having invented pantyhose as opposed to Julie Newmar’s improving on them.
Be that as it may, it’s really quibbling over details, here. What’s more obnoxious is this pattern of attempted “me-too-ism” or even (attempted) one-upmanship that seems to permeate most of these websites. Take for instance this little gem on Mother Jones, titled “Ladies Last: 8 Inventions by Women that Dudes Got Credit For.”
Excuse me whilst I take the time to tear this article to shreds.
First up in their list (technically the 1st, even though they can’t help but list Ada Lovelace twice. Desperate, much?) is actually Rosalind Franklin, whom they laud for her “discovery of the DNA Double-Helix.”
What a minute? I thought this was going to be about women who “Invented” things? Nobody “invented” the DNA Double-Helix. it was brought on by God or “nature” depending on your perspective. But the point is, it’s not something a human being made. It’s exactly as the subtitle says: She “discovered” it.
I’m guessing that Mother Jones figures people will skim through the article, see the short list of names and not bother to read any further to see if it really does affirm their confirmation bias. But as far as Frankin’s part in the discovery of the DNA Double-Helix, I invite the reader to peruse the Wikipedia article that mentions her. If seems to me that she was one person surrounded by a team of male colleagues, and that her main contribution was an X-Ray photo of DNA. Is this her not “getting credit,” or is it someone highlighting the fact that “A gurrl was ‘dere in da mix, dammit!”
With Wikipedia these days, you have to be on your guard. Really! In fact before last Fall semester started, 15 Universities around the globe were to offer college credit for “Writing feminist thinking into Wikipedia.”
Funny, but I remember the day when Feminists would tell me that citing Wikipedia meant that I didn’t know anything about good sources, since Wikipedia allegedly wasn’t credible!


Anyhoo, back to the Mother Jones article. Here’s the rest of the list  that MJ has to offer us:

Check this entry on Controversy over Ada’s contributions to Babbage’s work and decide for yourself. MJ claims that Babbage lauded her in his memoir, others have taken a differing viewpoint.
But again, what does all this matter? Can Ada really be considered an “inventor?” Would the US Patent & trademark office really issue a patent for her work?

(Seriously, how do we know that it wasn’t all about politicians caving into the Timber Industry, anyway?)


Are most of the articles that talk about “Women Inventors” this dodgy? I’m afraid so. Another example is this HuffPo piece that not only has the audacity to call Chocolate Chip Cookies an “invention,” but begins an entry with “We don’t actually know the individual who first created beer…”

Among the assumed accomplishment by lady innovators listed are: Windshield wipers (good job, but a man came up with almost the same thing in the same year;) Monopoly (though one could argue that Lizzie Phillips came up with a slightly different game;) Solar Heated Homes (hmm… ok, perhaps Maria Telkes might be another Curie, so I’ll give you that one;)  the Fire Escape (sorry, Daniel Maseres was over 100 years ahead of Anna Connelly;) and Kevlar (she “stumbled across” it accidentally trying to make something else, and didn’t really have much to do with how it would be used.)
Other sites repeat some of the same items and add things like the Circular Saw, (although Tabitha Babbit can’t really be said to be the 1st one to come up with it;) the Dishwasher (come, on! It’s a Washing Machine turned sideways with the spindle taken out;) “Engine Muffler” (you can tell a woman writes these things. It’s just called a Muffler and two men beat out El Dorado Jones with a patent by over 20 years.)
I gotta say, though: I like this quote from El Dorado Jones:
“Do not forget to exploit men all you can. Because if you don’t, they will exploit you”
I think the Feminists need to make that their slogan, in honor of her. Even put that in the “Dictionary definition of Feminism.”
But the sublime totally crosses over to the ridiculous with the times I’ve seen Feminists try and credit Radia Perlman with inventing the Internet. Radia herself wisely eschews the title “Mother of the Internet” that some foist on her (she really isn’t) and it’s hard not to notice that her name is absent from reliable histories of the Internet that are out there.


Ladies, look: If you have a list of women scientists you want us to give recognition to, be sure you make them all the equivalent of Marie Curie, and skip the Chocolate Chip cookies. It’ll make you look less desperate, at least. Meanwhile, know this: Men are running circles around you, as far as the most prolific inventors in history are concerned. (You can’t even complain about discrimination, since the scientist who’s the most prolific of all emerged in the latter half of the 20th century, when copious women were enrolled in college, equaling men in the 80′s and surpassing since the 90′s.)


Men are simply overwhelmingly responsible for building, making, and constructing most of what’s around us. They created today’s economy as Camille Paglia has pointed out. They are the one’s who keep the world running on the behalf of women – and really, all of us, as Judgybitch has pointed out. And all for what? So men can be told that being asked to safely carry their babies for 9 months is “slavery.” Or that most boys are “rapists in waiting.” Or be told how “privileged” we are, despite the fact that the overwhelming majority of the homeless are men, and that the gender disparity for jail sentences for the same crime is usually in favor of the woman. It’s time for a serious reality check. Next time the Feminists start up about how many inventions are by women, I’d keep this post bookmarked. Could come in handy.
Source
Posted by Angelo Agathangelou at 3:14 pm