By Don Quijones: According to reports along the grapevine, senior European bankers have begun sweating buckets this week – and not because of the harsh heat of high summer. The reason is fear – fear of what could happen as battalions of suited and booted financial auditors and regulators take up temporary residence at the headquarters of the continent’s biggest banks. 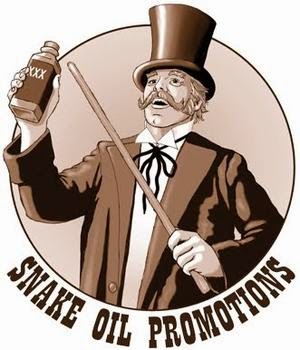 The new and no doubt far from welcome guests belong to the supervisory council of the European Central Bank. Their mission? To conduct the most expansive and exhaustive stress test ever conducted of the euro zone’s 132 biggest banks. Granted, given the outrageous failure of previous editions of European stress test to even detect the massive hemorrhaging on the balance sheets of Bankia and Dexia, just months before they suffered fatal financial embolisms, the bar is not exactly high.
This time around, however, the ECB faces a new dilemma. Should it prove too strict, it could destabilize a European banking sector that has only just begun to show the first signs of recovery – at least according to the mainstream narrative. If, on the other hand, it isn’t strict enough, or allows itself to be influenced by national interests (as has been the case to date), its ability to adequately monitor Europe’s “fragile” (read: crumbling) banking system could be called into question.
“We have to accept that some banks have no future,” Danièle Nouy, head of the ECB’s supervisory arm, recently warned. “We have to let some banks disappear in an orderly fashion.”
According to Dirk Becker, an analyst with Kepler Cheuvreux in Frankfurt, “the ECB intends to fail 30 banks to establish credibility.”
If true, it could get dicey even for some German institutions, including Commerzbank, HSH Nordbank or Nord/LB. Even Deutsche Bank, Germany’s biggest financial institution and one of the most leveraged in the world, could have trouble passing the stress test, say KBW analysts. The Frankfurt-based bank has a particularly large number of “complex securities” (read: massively destructive over-the-counter derivatives) whose prices are determined by “modeling.”
The message, at least for public consumption, could not be clearer: no one bank is too-big-to-fail. Hence the mood of fear and desperation in banking C-suites across the continent.
The Unintended Consequences of Hiding Reality
The reason why we are in this bind is simple: after four years of multi trillion-euro interventions, the ECB’s arsenal of crisis-fighting acronyms – all aimed at hiding rather than dealing with reality – have failed, and the banks are just as insolvent as they were four years ago.
In Spain, the number of real-estate loans in default continues to grow as the crisis deepens, reaching 13% of the total loan portfolio. And that does not include the billions of euros of just-as-bad debt that have been repackaged into new loan deals.
In Italy, corporate loans are suffering the same fate, while German banks are struggling with billions of euros worth of defaulting loans to the shipping industry.
To wit, from Der Spiegel;


One former high-ranking bank manager who focused on shipping says that banks should already have written off up to a third of the money they have tied up in the industry. But Nord/LB, to take one example, has only cleared 10% of its holdings from its balance sheet. Commerzbank has refused to say how much of its €14 billion shipping portfolio it has written off.
More worrisome still is the fact that precious few of the continent’s biggest banks have been recapitalized to anything like the sort of levels needed to get them through another Lehman-like event. Quite the contrary: European banks remain among the least capitalized in the world. Indeed, as I warned here, the European Union has joined forces with Wall Street and the City of London to pressure the U.S. government and regulators to loosen U.S. banks’ much stricter – albeit still too lenient – capital requirements.
The Doom Loop
If events do turn ugly in Europe, the system could unravel at an alarming rate, thanks to the “doom loop” that now intertwines Europe’s insolvent banks with the decrepit finances of their respective nations.
This “doom loop” is a direct result of the Eurozone carry trade, by which banks from countries such as Spain and Italy were able to borrow vast sums of money on the cheap from the European Central Bank to buy high-yielding sovereign debt from their own governments.
In the short-term, there can be no doubting the effectiveness of this Band-Aid resolution: bond yields have never been lower, and bond prices never higher, and banks have been able to rack up billions of euros of much-needed profit – all effectively funded by cash-strapped European taxpayers. The problem is that the short term tends to be followed, eventually, by something called the long term. And the annoying thing about the long term is that it’s much more difficult to tackle existential challenges such as an insolvent banking sector by hiding or ignoring reality.
As such, the next time a European bank goes down – which, according to the lady in charge of European banking supervision, Danièle Nouy, could well be just a few months away – one would expect the sovereign debt it holds to very quickly plunge in value. After all, who would want to buy it (apart from, of course, the ECB)? Very quickly an orderly collapse could become dangerously disorderly. In short order, the other banks in the system could suffer a crippling hit to their own balance sheets, just when the government is least able to finance a bailout of the banking system.
But don’t worry, all hope is not lost, for it’s at this point that the ECB will come out blazing, with its bazookas pumped and primed. Said bazookas will come in the form of the Single Resolution Mechanism (SRM) – a centralizing system of bank supervision and resolution that, according to Internal Market and Services Commissioner Michel Barnier, will “allow bank crises to be managed more effectively in the banking union and contribute to breaking the link between sovereign crises and ailing banks.”
While the Single Resolution Mechanism may sound impressive, even authoritative, it has one small problem: namely, its fund will only have €55 billion to its name – roughly equivalent to 2-5% of the potential total losses in the Eurozone banking system. And more to the point, not until 2023, at the very earliest! So what could possibly go wrong in the interim?

By Don Quijones, freelance writer, translator in Barcelona, Spain. Raging Bull-Shit is his modest attempt to challenge the wishful thinking and scrub away the lathers of soft soap peddled by political and business leaders and their loyal mainstream media.


Posted by Angelo Agathangelou at 7:27 pm