By Wolf Richter: Deutsche Skatbank, a division of VR-Bank Altenburger Land, which was founded in 1859, is not the biggest bank in Germany, but it’s the first bank to confirm what German savers have been dreading for a while: the wrath of Draghi. 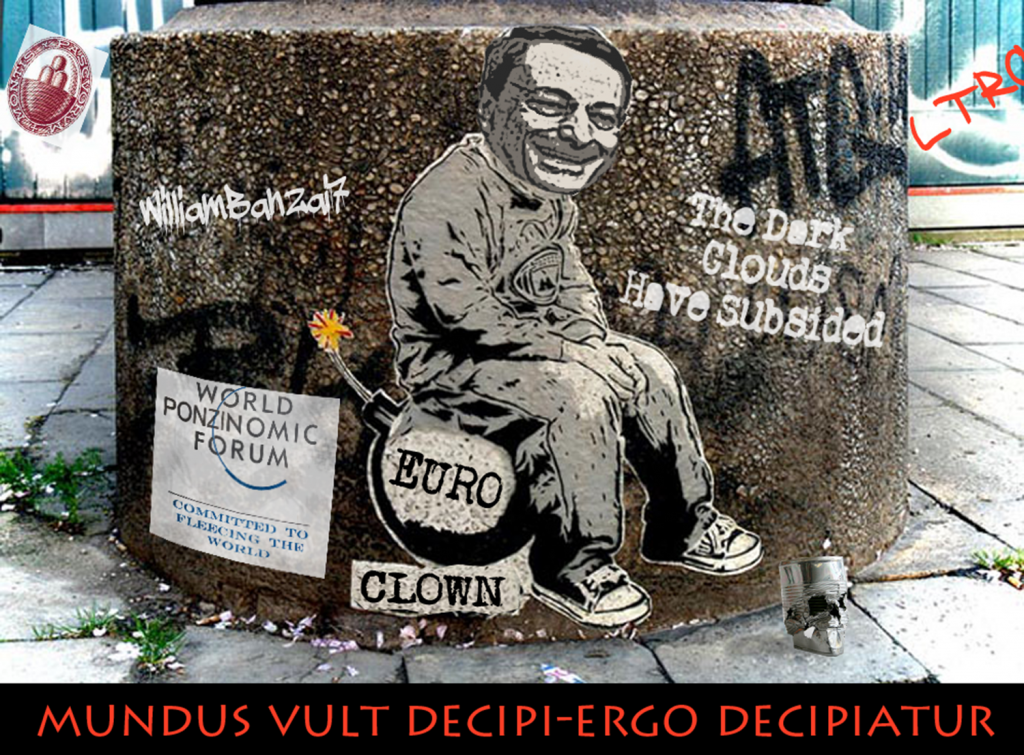 Retail and business customers with over €500,000 on deposit as of November 1 will earn a “negative interest rate” of 0.25%. In less euphemistic terms, they have to pay 0.25% per annum to the bank for the privilege of handing the bank their hard-earned money or their business cash.
Inflation has had a similar effect in the zero-interest-rate environment that the ECB and other central banks have inflicted on savers, but this time it’s official, it’s open, it can’t be hidden. Instead of lending your moolah to the bank so that the bank can lend it out to businesses and retail customers for all sorts of economically beneficial purposes, you’re financially better off hiding it in the basement. Grudging respect is due the ECB and other central banks: through the perverse regime of ZIRP, they have succeeded in transmogrifying “cash in bank” from an income-producing asset to a costly liability.


“Punishment Interest” is what Germans lovingly call this. It’s the latest and most blatant step of the central-bank strategy to confiscate in bits and pieces and over time the wealth that prudent people and businesses have accumulated, and that should have re-entered the economy via the intermediation of the banks.
Last summer, the ECB imposed negative deposit rates on member banks. At first, it was 0.1%, which has now doubled to 0.2%. The reason? The ECB dragged out its “mandate,” which is, as it said, “to ensure” that “price stability” is “below but close to 2% inflation,” which in turn is “a necessary condition for sustainable growth in the euro area.” Whatever. There is not a scintilla of evidence that inflation is required for economic growth; however, there is plenty of evidence that economic growth can stir up inflation. The good folks at the ECB know this. It’s just the official pretext for using inflation to eat up debt – along with savers.
“There will be no direct impact on your savings,” the ECB announced five months ago. “Only banks that deposit money in certain accounts at the ECB have to pay.” But it added ominously, “Commercial banks may of course choose to lower interest rates for savers.”
And that would be good for savers:

The ECB’s interest rate decisions will in fact benefit savers in the end because they support growth and thus create a climate in which interest rates can gradually return to higher levels.

Thank you hallelujah, ECB, for helping out the savers!
This is in line with its policy, as it says, to “punish savers and reward borrowers.” No kidding. To bring some perspective to it all, it adds, “This behavior is not specific to the ECB; it applies to all central banks.”
Now the wrath of Draghi is hitting German savers and businesses. The first bank is already trying it out. Other banks haven’t yet jumped in line. They’re taking a wait-and-see stance but refuse to exclude the possibility.
“There is no planning in that direction,” Direktbank ING Diba told the Welt.
“We believe that negative interest rates on deposit accounts – whether for private or business customers – are a dangerous signal…” said a spokesman of the German Savings Banks and Giro Association (DSGV). But he did not rule out either that some member banks might not follow the same example in the future.
“The banks will try to avoid negative deposit rates,” explained the Federal Association of German Cooperative Banks, but in this zero-interest-rate environment imposed by the ECB, negative rates on large deposits “cannot be excluded.”
“At the moment, we are not imposing negative interest rates on retail customers,” said the second largest bank in Germany, Commerzbank. At the moment….
“We cannot earnestly rule out punishment interest in the future,” said Frank Kohler, CEO at the Sparda-Bank Berlin, the largest cooperative bank in Germany in terms of membership. He pointed out that the banks that are the most susceptible to punishment interest are those whose business model relies on pure banking with individuals and businesses, and whose earnings cannot be improved by investment banking, risk-taking, gambling, market-rigging, and other big-bank activities that “have triggered the financial crisis in 2007.”
“So precisely those banks suffer the most that have never put the financial system at risk,” he said. “This is unfortunately not free of bitter irony….”
The door to punishment interest has been cracked open. It starts with large deposits and small rates. Then step by step, deposit amounts get smaller and punishment interest rates get larger until everyone gets smacked with it, and no money is save. It’s all part of the time-honored central-bank strategy to flog savers until their mood improves.

X art by WB7
Posted by Angelo Agathangelou at 5:56 pm