As Luxembourg Takes The Heat, The World’s Worst Tax Haven - The City Of London – Remains Hidden In Plain Sight

There are a lot of tax havens in Europe. But they pale against the City of London.
By Don Quijones: For a tiny country of just 500,000 inhabitants, the Grand Duchy of Luxembourg is getting a heck of a lot of international attention these days. And certainly not of the welcome kind. At the beginning of this week, the Washington-based International Consortium of Investigative Journalists (ICIJ) published tens of thousands of documents that finally shed light on one of the world’s most important and most secretive tax havens – at least until now.
The picture that emerges is one of endemic tax avoidance and evasion that has helped transform Luxembourg into the world’s richest country on a per capita basis. The country also boasts the world’s highest ratio of bankers to inhabitants – a staggering 1:21. 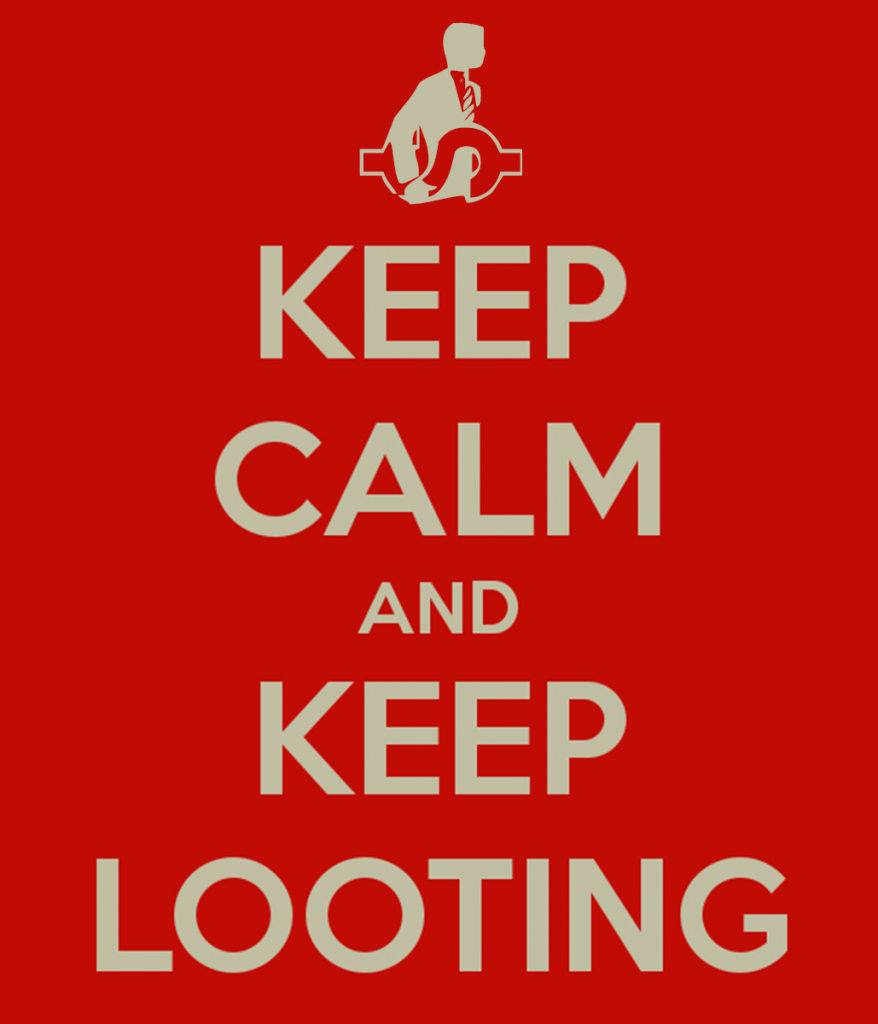 Thanks to the revelations, we have learned that:

Such revelations hardly come as a surprise to anyone with a rudimentary knowledge of Europe’s capital markets. Despite repeated denials from the Luxembourg government, it has long been abundantly clear that the tiny diminutive grand duchy has long served as a giant black hole for corporate profits and investment funds. The question is:
What Happens Now?
For the European Commission, which recently appointed the already disgraced former Prime Minister of Luxembourg Jean Claude Juncker as its President, the news could not have come at a worse time. Juncker, still in his first month of office, is already facing calls to resign from a growing number of MEPs, including Front National’s leading lady Marie Le Pen.
More to the point, now that the cat is finally out of the bag, how will the EU address the problems posed by Luxembourg’s continued existence as a tax haven? Will the Grand Duchy face a similar fate to Switzerland, which has been faced with high profile tax evasion cases brought by the US justice department against a number of leading Swiss banks?
Just as pointedly, what could the ICIJ’s revelations mean for the EU’s numerous other low-tax jurisdictions. As I reported in Beware, the Borderless Taxman Cometh, the growing trend is for national jurisdictions to exchange information on private bank accounts – all in the name of tackling the scourge of tax evasion and the illegal economy. In 2017 new rules for information sharing between EU states will come into effect that have the potential to significantly curtail the levels of secrecy offered by low-tax jurisdictions.
No doubt countries like Ireland, with its extremely generous corporate tax regime, and Austria, with its chronically opaque banking system, will be paying close attention to developments. So too will the Netherlands, a little-known fiscal paradise that is second home to 48 percent of the Fortune 500. However, these countries pale into insignificance when compared to the granddaddy of all tax havens: the City of London.
The City Within the City
When it comes to financial secrecy, no European jurisdiction – not even Switzerland or Luxembourg – can hold a candle to the wholly autonomous City of London, which for centuries has existed as an ancient, semi-alien entity lodged inside the British nation state; a “prehistoric monster which had mysteriously survived into the modern world”, as a 19th-century would-be City reformer put it.
As Nicholas Shaxson, the author of Treasure Islands, wrote in the New Statesman, the words remain apt today.


Few people care that London has a mayor and a lord mayor – but they should: the corporation is an offshore island inside Britain, a tax haven in its own right. The term “tax haven” is a bit of a misnomer, because such places aren’t just about tax. What they sell is escape: from the laws, rules and taxes of jurisdictions elsewhere, usually with secrecy as their prime offering.
Whether you are a Russian oligarch who has fallen out of the Kremlin’s favour, an Arab sheik with billions of oil dollars to burn or a transnational bank or corporation with profits to hide, the City is the place to be. Provided you have fat bundles of cash, you get to enjoy rights and privileges offered by no other jurisdiction on Planet Earth. As Al Jazeera reports, the City of London’s legal system takes US-style corporate personhood to a whole other level.


Unlike any other UK local authority, individual people are not the only voters: businesses can vote, too. Political parties are not involved – candidates stand alone as independents – and this makes an organized challenge to City consensus all but impossible. More than 70 percent of the votes cast during council elections are cast not by residents, but by corporations – mostly banks and financial firms. And the bigger the corporation, the more votes they get, with the largest firms getting 79 votes each.
A Banker’s Paradise
Perhaps the most perverse aspect about the way the City functions is that while the UK government has virtually no jurisdiction over its practices – even the Queen has little say in the City’s affairs – the City of London Corporation has huge sway over policy decisions beyond its borders, thanks largely to its pervasive lobbying activities. As Shaxson explains:


The Remembrancer, whose position dates from the reign of Elizabeth I, is the City’s official lobbyist in parliament, sitting opposite the Speaker, and is “charged with maintaining and enhancing the City’s status and ensuring that its established rights are safeguarded”. His office watches out for political dissent against the City and lobbies on financial matters. Then there is the City’s Cash, “a private fund built up over the last eight centuries”, which, among many other things, helps buy off dissent. Only part of it is visible: the Freedom of Information Act applies solely to its mundane functions as a local authority or police authority. Its assets are beyond proper democratic scrutiny.
In the acute absence of democratic scrutiny and public awareness, the City has been allowed to morph into the center of a huge, secretive financial web cast across the globe, says Shaxson. Each of the Web’s sections – the individual havens in the Caribbean and elsewhere (all of them Crown dependencies) – trap passing money and business from nearby jurisdictions and feed them up to the City, just as a spider catches a fly. Given that over 30 percent of global foreign direct investment is now booked through tax havens, which collectively hide one-sixth of the world’s total private wealth, this arrangement has massively enriched the City while draining the coffers of governments of both the global South and the global North.
The more international money flows through it, the more powerful and above the law the City – and its most privileged residents – become. In this new age of banking impunity the Square Mile has been home to just about every major global financial scandal, including Libor, Forex, the London Whale and rampant gold and oil-price rigging. Not a single banker has been punished. And now the Corporation of the City of London is trying to expand its shadow economy into Africa, by developing Kenya as an “International Financial Centre“.
If any financial jurisdiction is in dire need of a thorough international investigation, followed by root-and-branch reform, it is the City of London Corporation. The problem is that with corporations, banks and central banks now calling the shots on virtually all national and international economic matters, the chances of that happening are anorexic slim. Meanwhile, any attempt by the EU to clip the City’s wings will be met with fierce resistance from Westminster, which views any encroachment on the City’s dominance of the global financial industry as a red line that must never be crossed.

By Don Quijones, freelance writer, translator in Barcelona, Spain. Editor at WOLF STREET. Mexico is his country-in-law.  Raging Bull-Shit is his modest attempt to scrub away the lathers of soft soap peddled by political and business leaders and their loyal mainstream media.

X art by WB7
Posted by Angelo Agathangelou at 11:29 am