By Mike Buchanan: The Julie Bindel interview [below] on the HEqual website we linked to earlier today was with ‘radfem collective’. The organization’s strapline displays more self-knowledge than we might expect from radical feminists:

Our thanks to the person who alerted us to their annual event which will be held next weekend in London. From the details, with explanatory additions in square brackets:
RadFem Collective will not tolerate prejudiced and/or oppressive language or behaviour towards any woman attending our event. [Prejudiced and/or oppressive language or behaviour towards men will be encouraged, indeed required.] We are opposed to any ideologies of oppression. [Other than radical feminism, obviously.] It is a central part of radical feminist analysis that gender is a tool of women’s oppression, not women’s liberation. [It’s a whackadoodle theory, but yes, it’s a central part of radical feminism.] None of the organisers consider ourselves to have an innate gender – neither masculine, feminine, trans, cis, gender queer, or any other gender. We are gender abolitionists who have been raised and socialized as girls and women *because of our female bodies* in the context of patriarchy. [We’ve been raised and socialized as girls and women in the context of a theory, patriarchy, the evidence base for which is considerably poorer than that for the ‘tooth fairy’ theory.]
It will surely be an uplifting and event, although men and male-to-female transsexuals are specifically excluded, in stark contrast to the 2014 Detroit International Conference on Men’s Issues, at which many of the speakers and audience members were women. For all I know, there were transsexuals there too. They would certainly have faced no hostility.
Speakers will include Julie Bindel and Sarah Ditum. In February 2014 we published a blog piece about the latter, We need to talk about Sarah Ditum. It included a link to a key paper by Professor Simon Baron-Cohen and others, published in 2000. The full Abstract:


Sexual dimorphism in sociability has been documented in humans. The present study aimed to ascertain whether the sexual dimorphism is a result of biological or socio-cultural differences between the two sexes.
102 human neonates, who by definition have not yet been influenced by social and cultural factors, were tested to see if there was a difference in looking time at a face (social object) and a mobile (physical-mechanical object).
Results showed that the male infants showed a stronger interest in the physical-mechanical mobile while the female infants showed a stronger interest in the face. The results of this research clearly demonstrate that sex differences are in part biological in origin. [My emphasis.] 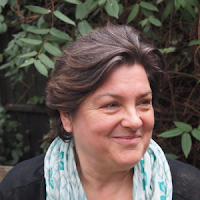 Posted by Angelo Agathangelou at 8:56 pm