By John Vibes (ANTIMEDIA): Last month, Anti-Media Radio hosted a groundbreaking interview with surviving members of Tupac Shakur’s entourage, who are now known as the 2ndgenerationoutlawz. The crew now reaches all over the country, with established artists in Los Angeles, Atlanta, and other major cities across the U.S. The family has been loose-knit and independent for many years, but now they are planning new tours and new projects to unify the 2ndgenerationoutlawz so they can carry on Tupac’s legacy of revolutionary hip hop music. 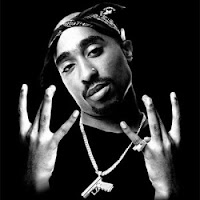 Pachi Rydah and Troublesome, two artists who spent many days both on tour and at personal gatherings with Tupac when he was alive, are organizing the movement and planning the re-emergence of the 2ndgenerationoutlawz.
In our interview, both Pachi Rydah and Troublesome spoke of the significance that activism has both in their music and their new plan for the crew. Future 2ndgenerationoutlawz’ tours will obviously be centered around their music, but they also plan to dig deeper with their audience by hosting educational and charity events along the way. This, they say, is to carry on the legacy of Tupac and to save hip hop from its current state of apathy and materialism.

During the interview, the conversation quickly turned to the life and death of Tupac — especially the many mysteries surrounding his death. When asked if Tupac was still alive, as many of his fans believe, Pachi Rydah and Troublesome expressed certainty that he is dead; but they were both extremely suspicious about the circumstances of his death. They said there is no doubt among Tupac’s inner circle that the government had a hand in his assassination because ‘they’ wanted to silence him.
Pachi Rydah and Troublesome also had a chance to respond to critics who attacked Tupac’s promotion of gun rights and gang unity. As Tupac pointed out in many interviews, the government is the largest gang in the world. Police departments are gangs, and political parties are also gangs.
I also had the chance to discuss with them a theory of mine regarding the L.A. riots of the early 1990s, as well as the resulting crackdown on the hip hop industry.
Around that time, it seemed that most mainstream hip hop shifted its focus from revolution to hedonism, with Tupac being one of the few exceptions to that trend. They agreed that the theory made sense and that it did seem like hip hop faced more public scrutiny following the riots. There may have not been an explicit “hip-hop police” during these times, they said, but there were remnants of Cointelpro, the government program that sought to infiltrate and divide revolutionary movements, destroying them from the inside out. Government efforts like these were more public in the days of J Edgar Hoover’s plan to prevent the “rise of the black messiah,” but they are still alive and well today, working against revolutionary movements of all backgrounds.
Making one of the final points of the interview, Pachi Rydah said hip hop artists have been able to create their reality with their words — in many cases, rapping about escaping poverty and then actually doing it. He said that if hip hop artists take that same approach and begin to rap about a world of peace and unity, then they might actually be able to create it.
Some of the artists you can look out for this year, along with Pachi Rydah and Troublesome, are Pistola, Ilive, Urybi, and Xkhan; but they said their crew is as big and may even have more members than Wu-Tang, so there are way too many artists to list or keep track of. However, you can look into their full roster and check out their future projects on their Facebook page and website.
In an off-air interview, 2ndgenerationoutlaws member Pistola, told us, “We also believe that through unity of all mankind, all our goals for justice and freedom can be accomplished. Love everyone, for we are all connected energy.”

Verse 1:
Just put your hand in my hand / divided we fall, together we stand / to every woman and every man / in every hood, in every land / I'll show you the way if you ready to rock / I promise together we'll get to the top / if you can dream it then you can achieve it and if you believe it you'll never be stopped / if ever you drop, get back up, brush it off and try again / why depend on someone else for something you can find within? / I have been through it all now my hand's what I extend / when your ego ends is when your real life will begin / we will win if we rise above / the programming that divided us / the whole damn thing is a lie, don't trust / what no one thinks, your mind is much / too strong for that / be yourself, nothing wrong with that / you can say this songs a map / to a place not found in almanacs / all of that / and the above / understand I'm bad than a mug / I rap for the love / I've been Hip Hop / all my life and I just won't stop / I just won't quit / I never give up til I reach my goal / destiny's what we control / food for thought, eat it whole / expand your mind and feed your soul

Verse 2:
Now you can follow me on twitter @DISL_Automatic you probably heard / I'm not only tweeting, I'm leading with actions 'cause they always speak louder than words / I'm finding the courage / inside of myself / to fight for the cause that I'm trying to help / it's not about money or financial wealth / it's about mental and spiritual health / and physical too / don't get it confused / I am a human no different than you / no matter what race you are, what nation you claim or what religion you choose / discriminant thoughts and ignorant views / can rip us apart if we thinking they true / but I refuse to believe in the lies that we're told, my soul's what I'm listening to / now maybe I'm right, maybe I'm wrong / maybe I'm weak or maybe I'm strong / maybe you think what I'm saying is wack or maybe this track is your favorite song / well it really don't matter to me what all the doubting people will say / but if you thinking you'd rather be free then follow me, I'm leading the way / and I know we can make it if we believe though the road that we take ain't the easiest / my flow's an escape like an SUV and I'm showing the way like a GPS / I listen to the words of a secret told / our thoughts manifest what we behold / only in the darkest deepest hole / will you find that gold that'll free your soul


Posted by Angelo Agathangelou at 7:25 pm