Is Bollywood Superstar Hrithik Roshan Now A Voice For Men?

By Vivek Ganesan: Who doesn’t love gossips? That too, when a gossip is about a celebrity, it is received with a great craving. What once started as such a gossip in the Bollywood has now transformed into a major social discourse, with common people taking sides and forming opinions about it.

If you do not know the story yet, let me explain it to you, in short.  Bollywood actor Hrithik Roshan found himself in the center of a controversy when Kangna Ranaut, an actress, implied him as her ‘silly ex’ in an interview. This was in response to a question about whether Hrithik was the reason for her exclusion from the movie Aashiqui 3. All hell broke loose as the fans who were waiting for the next gossip to munch on, got something from the horse’s mouth. 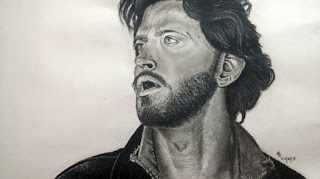 Ther r more chances of me having had an affair with d Pope dan any of d (Im sure wonderful)women d media hs ben naming.Thanks but no thanks.
— Hrithik Roshan (@iHrithik) January 28, 2016

Also, Hrithik sent a legal notice to Kangna, demanding a public apology. But, Kangna went on to retain her version of the story that Hrithik had an affair with her and even proposed to her in Paris. In the series of events that followed, Hrithik came out with the claim that Kangna was ‘imagining’ the relationship.

Hrithik explained that before Kangna got his real email address, she was communicating with an impostor using a fake email id. Later, he went on to explain that, after Hrithik gave his real email address to Kangna on knowing this, it was she who sent thousands of intimate emails to Hrithik’s real email address, to which he did not even respond. Some time back, some of those alleged emails were leaked to the media and did rounds in the public.
Amidst all this controversy, another actor Adhyayan Suman, Kangna’s former lover, went on to support Hrithik’s version and exposed Kangna as a cruel woman, who was physically abusive.

Will Hrithik Roshan Fight Against Misandry?

Now that you know the (long) short story, let’s get into the actual subject matter – the news about Hrithik Roshan’s ‘prep’ for the legal battle against Kangna. Deccan Chronicle published a news article about this matter which might come out as a pleasant surprise to many of the distressed men in India.
A very close friend of Hrithik is reported to have said, “Hrithik’s own plight has made him realize what happens to hundreds and thousands of men who are falsely implicated in molestation and dowry cases by vengeful women. Hrithik feels like one of them.”
Also, it is reported that Hrithik is no longer fighting for himself and that Hrithik’s war is against gender prejudice that’s prevalent in modern societies the world over.

Hrithik intends to not only expose the lie about the alleged liaison; he also wants to open a debate on all cases where women accuse men of crimes. All a woman has to do is say that a man has wronged her and the man is in jail regardless of his innocence or culpability. It is this legal and moral ideology that Hrithik wants to fight now.

What made Hrithik do this?

No one except Adhyayan Suman from the Bollywood supported him regarding this issue.  His own industry, which gave him a lot of awards has let him down because he is a man. Could it have been the same if a famous woman like Priyanka Chopra or Deepika Padukone is in his position? Certainly not. Somehow, it is not in line with the philosophy of Bollywood, and even society at large, to stand along with a wronged man.
In fact, Adhyayan Suman too supported because of his prior experience, not as a matter of policy. Kangna received the support of a lot of media channels and feminists just on the ground that she was a woman. Isn’t this discrimination?

What took him so long?

I wonder how is it that a personal experience of misandry has always been necessary to get into the fight against misandry whereas, without any personal experience of oppression of women, masses get into the feminist movement (and become leaders too) and spew hate against men. This makes me realize that ‘misandry’ is the default state of mind and you need to grow yourself out of it by conscious action.
From the perspective that I see Hrithik, he has proven himself to be a mature human being who is not ‘stuck’ by just thinking only about his own issues. Many men get stuck in their own issues because they lack a broader world view. Very few men understand that they will not get relief until they see their struggle as a social phenomenon instead of seeing it as an issue of their bad in-laws or exes.
If Bollywood’s Dreamboy could be ostracized by the public because of provocation by a woman, what could happen to a common man, who does not know anything except his family and his job? It is high time for people like Hrithik to act as the Voice for Men to counter the misandry in the society.
Will Hrithik remain as a Voice for Men India? Let’s wait and watch!

Vivek Ganesan is a full-time misandry basher and a men’s rights activist, who also is a Big Data Software Engineer by profession. He spends his free time writing and reading articles regarding men’s rights, psychology of society and sometimes, technology. Vivek is the Chief Admin & Editor of a pro-men online magazine called A Voice for Men - India. He is a member of Confidare India, a men’s community center. He also volunteers for the Men’s Helpline of Save Indian Family Foundation, Hyderabad, India. He tweets as @Vivek_Ganesan. 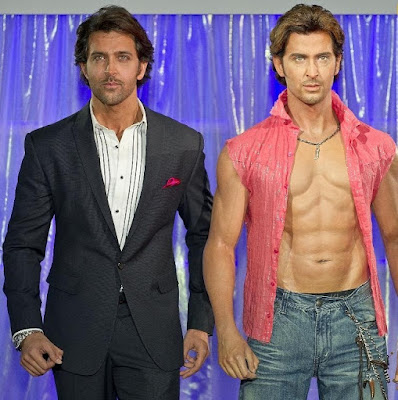 Topfor: Hrithik Roshan is known for his remarkable dancing and acting skills. He did great performance in Bang Bang. Having won 6 Filmfair awards so far, Hrithik is surely a successful and top notch hero of the industry. He has made his distinctive position in the industry.

Posted by Angelo Agathangelou at 10:12 am