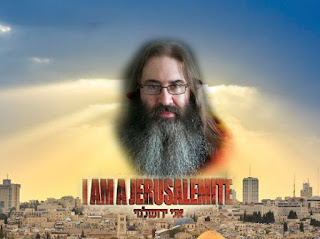 “Cloaked In Pretensions, Gilad Atzmon’s Anti-Semitism Soldiers On” is the title  Khan- Harris gave to his article. As we will see, Khan-Harris desperately tries to present yours truly as a pretentious masturbatory writer, but instead he takes us on a spectacular journey through a hollow Jerusalemite mind. Khan-Harris fails to substantiate any of his claims. Actually, it seems that by the time Khan-Harris reaches the end of his piece, he has become something resembling an avid converted ‘Atzmonite.’ Read for yourself:
“Atzmon’s diagnoses of the pathologies of the ‘post-political’ age certainly resonate with the zeitgeist in a time when extraordinary new alliances and ideological fusions emerge on a daily basis. Atzmon can offer a patina of philosophical respectability, a thrilling sense of intellectual discovery, to fellow adventurers – and even if he might wish it to be otherwise, his disavowed Judaism provides a useful alibi to anti-Semites.”
I can assure Khan-Harris, that his paragraph would make my Israeli mother proud.
Khan-Harris’ commission was to portray my work as a directionless anti-Semitic rant. Here, according to Khan-Harris, is an example of my worthless philosophical speculation:
“I suggest that instead of looking at the world through the rigid lens of the Right/Left dichotomy, or a particular ideological perspective, it is more instructive to impose an alternative (meta-ideological) method that juxtaposes “the human” i.e. the human condition, with the political spectrum as a whole. Instead of imposing any particular ideology, be it Right, Left, Capitalism, Fascism and so on, I examine the complementarity between a political system and the human condition.” (Gilad Atzmon, Being in Time – A Post Political Manifesto).
I am, naturally, very proud of the above, but Khan-Harris complains that I used the terms “‘complementarity’, ‘meta-ideological’ and  ‘the human’  simply to position myself as a sophisticated thinker. He points out that “the quote resists easy comprehension, not because he [Atzmon] is offering a difficult and complex mode of theorising, but because its argument is absurd.”
In scholarly terms, this is a promising beginning. Perhaps Khan-Harris is about to demonstrate  the ‘absurdity’ of my core argument.  Let’s see what evidence this ‘academic’ presents.
“Atzmon is claiming that his writings transcend ideology, that he speaks from a place of common, universal humanity. This is not only arrogant, it is delusional. We all speak from somewhere.”
That a tribal academic is unable to cope with the ‘universal’ is no surprise. After all, the tribal and the universal are like water and oil. But Khan-Harris fails to understand that the universal, no doubt an abstract term, is actually ‘a thing’ and even ‘an authority.’ This is an indication of how far removed Khan-Harris is from accomplishing an intellectual exercise.
Khan-Harris continues, “Being in Time, like Atzmon’s previous book, The Wandering Who? is founded on the conceit that it is both possible and ethically essential to reject ‘identity’ and any form of politics that would speak for it. This is a ridiculous argument: humans can no more transcend identity than they can transcend elbows and body odour; identity is nothing more than the way we define ourselves in the world.”
Our ‘sociologist’ seems to contend that the human condition has morphed radically in the last three decades. Does he really believe that we, the people, can’t find our way without the assistance of the identitarians and a bunch of cultural Marxists?  How does his statement even resemble  an academic or scholarly argument? Where or what is the argument? From a formal, logical perspective Khan-Harris’ statement is constructed like a mitzvah or biblical commandment rather than a scholarly position. Kahn-Harris could have saved our time and reduced his extended ‘criticism’ into a one-liner – “Gilad Atzmon is totally wrong. Because!”
But I am by nature a  kind and  experienced educator and so I will assist the Jewish social scientists.  Khan-Harris’ statement  that “humans can no more transcend identity than they can transcend elbows and body odour,” is neither a ‘law of nature’ nor it is axiomatic. It is merely a peculiar identitarian position that begs support, something Khan Harris fails to produce. I wonder whether he or anyone can.
Rarely Kahn-Harris  comes closer to his target, “Jewishness is the original sin, according to Atzmon.” Though I wouldn’t use those words. I do see a deep problem at the core of Jewishness. But what is Jewishness? In my work, rather than criticising Jews (the People) or Judaism (the religion), I focus on Jewish ideology (Jewishness) – the racially oriented sense of entitlement known to Jews as choseness (ניבחרות, Hebrew). The concept of choseness is overwhelmingly familiar to every self-identified Jew, whether Zionist or ‘anti.’ It is embedded in the philosophy of those who claim someone else’s land in the name of a book they don’t even believe in. And it is also symptomatic of the anti Zionists who operate in racially exclusive cells and believe that it is down to the Jews to give Palestinian solidarity a “kosher stamp.”

Posted by Angelo Agathangelou at 2:36 am