“I Put It To You, M’lud, That You Are A Dimbo Who Is Wrong To Trash Traditional Families”

...Title quote, Rod Liddle to Lord Justice James Munby.
'How did Munby happen? That’s the real question.
How did we end up with a boss of the family courts
who wants the family abolished?'
Via Mike Buchanan, J4MB: A piece in yesterday’s Sunday Times: 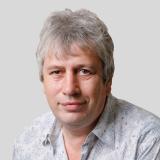 A little under 10 years ago Earl Spencer was unfortunate enough to be involved in a divorce case presided over by Lord Justice James Munby. The experience rankled his barrister, Sir Nicholas Mostyn, who afterwards told the earl, with some pride, that a sow on his farm had given birth to seven piglets, and that they would be named James, Munby, Self-regarding, Pompous, Publicity, Seeking and Pillock.
And really, I can’t improve on that as a description of the man.
Munby has, somehow, become Britain’s most senior family court judge. In an address at Liverpool University two weeks ago he delivered himself of the opinion that the traditional family was toast and we should welcome its passing. We should “applaud” its demise. And, his three chins wobbling with emotion, he said the new reality was single-parent families, same-sex families, adoptive families, children conceived by artificial insemination or via surrogacy.
This, he said, was terrific. It’s an interesting perspective from someone who heads our family courts, isn’t it? Rather as if the head of a charity for disabled people suddenly announced that, frankly, he was sick and tired of cripples, so wanted to forget about them for a bit.
In one sense, Munby is absolutely right. The traditional family is indeed breaking down, encouraged by progressive legislation put in place by affluent public-school dimbos like himself who believe themselves to be enlightened liberals. And by a consensus among the liberal elite, comprised of affluent public-school dimbos like himself, that this new approach to parenthood (which is, sod the kids) is to be welcomed for its inclusivity.
It is the “applaud” bit that is stupid on an almost fantastic scale. Is this idiot really standing there, in his robe, applauding the sheer misery — economic and psychological — that attends to marital breakdown? Particularly among the lowest paid — people Munby must occasionally have seen on his way to the Garrick, or to get his eyebrows waxed.
Is he not remotely aware of the years of research that proves the best outcome for a child is being raised by its genetic parents who are married? Is he equally unaware of the problems associated with single parenthood — the children more likely to do badly at school, more likely to suffer mental health problems, more likely to be drug users and sexually active, more likely to get into trouble with the law, less likely to be employed, more likely to be low-wage earners if they are employed?
Marital breakdown and single parenthood can be assuaged a little by affluence, of course. At Munby’s civilised level, perhaps assuaged to the point of indifference — except psychologically, for the kids, who are then more likely to experience marital breakdown themselves, later. But for the poor — the children and the adults — it is often catastrophic and always horrible.
I think Mostyn understated the case when naming those little piglets. But this is a family newspaper, a traditional family newspaper, and my alternatives would undoubtedly fall foul of our editorial standards.
How did Munby happen? That’s the real question. How did we end up with a boss of the family courts who wants the family abolished? I can see how the middle-class liberal drongos captured our social services departments, the BBC, the educational establishment, the Church of England. The Gramscian “long march through the institutions”, I suppose, in which people who cannot see the world as it is, but only as they wish it might be, take control of the stuff that administrates our daily lives.
But I always thought the most socially conservative of bastions, the judiciary, would be beyond their grasp. Wrong again. Seems they have the judiciary, too. The counter-revolution is a long time coming. But it will surely come.

Posted by Angelo Agathangelou at 11:21 am