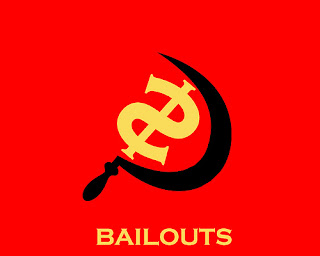 By Keith Weiner: In Part I, we looked at the period prior to and during the time of what we now call the Classical Gold Standard.  It should be underscored that it worked pretty darned well.  Under this standard, the United States produced more wealth at a faster pace than any other country before, or since.  There were problems; such as laws to fix prices, and regulations to force banks to buy government bonds, but they were not an essential property of the gold standard.
The essential was that people had a right to own and trade gold coins.  They had the right to deposit them in a bank, if the bank offered attractive terms (especially the payment of interest).  Banks had a right to take deposits, to buy assets, and to pay interest.  Banks had a right to issue paper notes that were claims against gold.  Banks had a right to lend their deposits (fractional reserves).
Despite some government interference, the Classical Gold Standard enabled a Golden Age of prosperity and full employment that is totally out of reach today (not to be confused with the rapid development of technology).  This is not to say there were not business failures, bank failures and panics – what were later called depressions and now recessions.  A free market does not attempt to guarantee that no one can ever lose money.  It is merely an environment in which no one is forced to subsidize someone else’s risks or losses.
Unfortunately, by the early 20th Century, the tide had shifted.

By Cordt Schnibben: Be it the United States or the European Union, most Western countries are so highly indebted today that the markets have a greater say in their policies than the people. Why are democratic countries so pathetic when it comes to managing their money sustainably?

In the midst of this confusing crisis, which has already lasted more than five years, former German Chancellor Helmut Schmidt addressed the question of who had "gotten almost the entire world into so much trouble." The longer the search for answers lasted, the more disconcerting the questions arising from the answers became. Is it possible that we are not experiencing a crisis, but rather a transformation of our economic system that feels like an unending crisis, and that waiting for it to end is hopeless? Is it possible that we are waiting for the world to conform to our worldview once again, but that it would be smarter to adjust our worldview to conform to the world? Is it possible that financial markets will never become servants of the markets for goods again? Is it possible that Western countries can no longer get rid of their debt, because democracies can't manage money? And is it possible that even Helmut Schmidt ought to be saying to himself: I too am responsible for getting the world into a fix? 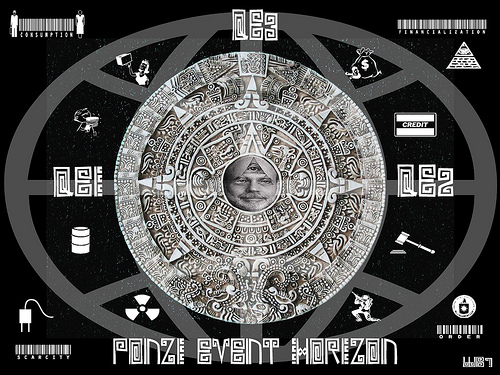 The Israeli regime is planning to build over 1,200 new settler units in East al-Quds (Jerusalem) and the West Bank despite international criticism.

Read more »
Posted by Angelo Agathangelou at 7:19 pm No comments:

EUROBLOWN: Witches in the wardrobe as Greece plunges through the looking glass - The Slog

Vaxevanis to be retried as Golden Dawn go on a people-pummelling frenzy
Under Greek law, if you The State fail to nobble someone at the first attempt, you can appeal for another go. Funny old way of working, but anyway – as you can imagine with the Greek ‘élite’ – once a few euros have been exchanged between the right and left hands, such appeals are rarely turned down.

Journalist Kostas Vaxevanis
So it is that 48 hours ago journalist Kostas Vaxevanis was told he is to stand trial again because he released details of the notorious Lagarde-List naming of 2,059 Greeks with bank accounts at the Geneva branch of HSBC.
The Prosecution considers as “legally erroneous” the acquittal judgment made by the Court trying Vaxevanis the first time time around. But interesting from the British standpoint is that  sources from the prosecutor’s office said
the appeal ‘comes after complaints by citizens and lawyers.’ This is probably the same sort of pressure that forced Lord McAlpine (entirely against his will) to extract £185,000 from the BBC, and not give it to Children In Need. The Greek ‘complaints’ are not explained, and so Kostas – a modern-day Mr K from The Trial by Franz Kafka – will go through the ordeal again. Clearly the international outrage at his original arrest has now been overtaken by domestic Greek complaints.
Said Vaxevanis at his trial, “Greek people have known for two years now that there is a list of people who are rich, rightly or wrongly, and they are untouchable. At the same time, the [Greek people] are on the other side, they are suffering cuts”. The trial came only days after he was arrested, while tax evaders won’t face prosecution for up to a decade….and probably never. This chimes in an odd sort of way with the rapid reimbursement of a privileged English gent, and the continuing poverty of those who were abused by person or persons unknown in the UK Care Homes scandal.

Read more »
Posted by Angelo Agathangelou at 5:05 pm No comments:

Protesting Spanish Cops: "Forgive Us For Not Arresting Those Truly Responsible For This Crisis: Bankers & Politicians" 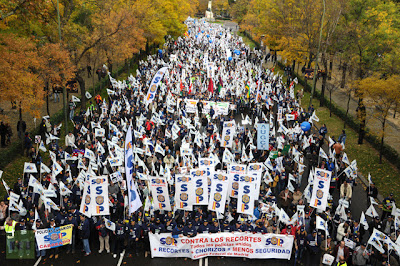 Submitted by Tyler Durden: Yesterday, in what is an appetizer to the great 2013 convergence trade (that, between the now thoroughly dead Greek and the Spanish economy, which is rapidly getting there, of course), several thousand Spanish policemen took the streets of Madrid protesting the latest round of austerity, which included frozen pensions and the elimination of the Christmas bonus (they will have many more opportunities to protest not only the loss of any future upside, but the eventual cut of existing wages and entitlements). As RT reports, protesters blew whistles, shouted slogans, and carried anti-austerity banners as they marched through the city centre to the interior ministry. But perhaps the most telling message read on one of the slogans, was the following: "Citizens! Forgive us for not arresting those truly responsible for this crisis: bankers and politicians."
And there you have the entire current clusterfuck summarized in one simple sentence: because as long as those responsible for the ongoing economic collapse, which will inevitably end in war as many have observed, Kyle Bass most recently, are not only not arrested but preserve their positions of power, any and all change will merely be cosmetic and any real change will only affect the bank accounts of the global middle class which are slowly but surely drained to zero.

By Morris: 17 Nov 2012 Northampton - Part 1 to 5 parts - Virtually no debris left after the buildings disappeared - but there was plenty of unburnt paper - but nothing else. We are told all the steel was shipped to Asia - Would insurance companies really allow the evidence to be shipped away? A Very compelling presentation which dispels the thermite and nuke hype theories.

Read more »
Posted by Angelo Agathangelou at 12:18 pm No comments:

A Palestinian man barries the body of Tamer Abu Sefan, three and a half years old, during a funeral in the village of Beit Lahia, in the northern Gaza Strip.(AFP Photo / Mohammed Abed)
RT: Israeli airstrikes killed seven children and wounded many others in Gaza on Sunday. At least 11 children have been killed since Operation Pillar of Defense began. That number could potentially rise if Israel launches a ground operation on Gaza.
Eighteen-month-old Iyyad Abu Khusa was killed in a strike east of the Bureij refugee camp in central Gaza. His brothers, aged four and five, were seriously wounded in the raid, Health Ministry spokesman Ashraf al-Qudra told AFP.
Hours earlier, two toddlers were killed by strikes in the towns of Beit Hanun and Beit Lahiya. The children were identified as three-year-old Tamer Abu Saeyfan and his one-year-old sister, Jumana Abu Saeyfan.
Thirteen-year-old Tasneem Nahal was also among the children killed. She died of massive shrapnel wounds to the head after an Israeli strike hit a refugee camp in Gaza City.
Several women could be heard screaming and weeping after she was killed, AFP reported.
The tragic deaths of Gazan children killed in Israeli air strikes have angered the Arab and Islamic world.
Turkish Prime Minister Recep Tayyip Erdogan said that sooner or later, Israel would be held accountable for the “massacre.”
The child death toll is expected to rise unless the two sides enter negotiations soon.
“The Israeli military is prepared to significantly expand the operation.

Read more »
Posted by Angelo Agathangelou at 10:35 am No comments:

British taxpayers who helped bail out two of the country's biggest banks at the height of the financial crisis will never see the money again.  A group of influential MPs have warned that the 66 billion pounds the government paid to rescue RBS and Lloyds TSB may be lost for good. RT's Sara Firth breaks down the numbers. Source
Posted by Angelo Agathangelou at 9:48 am 1 comment:

Israel will pay a price for killing innocent children in Gaza: Erdogan 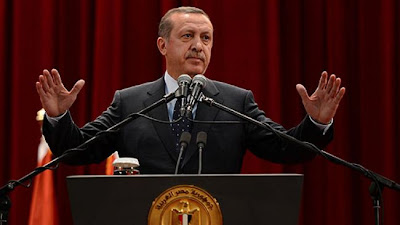 Turkish Prime Minister Recep Tayyip Erdogan says the Israeli regime will pay a price - sooner or later - for the children it has killed in the latest wave of attacks against the Gaza Strip.

Press TV: Speaking at Egypt’s Cairo University on Saturday, Erdogan said Israel has once again committed every type of inhumane act to turn the region into a bloodbath, adding that Turkey strongly condemns such acts, the Anatolia news agency reported.

He also vowed to support the Palestinians and demanded that Israel end the assaults.

The latest wave of Israeli attacks on the Gaza Strip has claimed at least 46 lives since November 14. Ahmed al-Ja'abari, the popular and influential leader of the Hamas military wing, the Ezzedeen al-Qassam Brigades, was assassinated in an Israeli attack on his car on Wednesday.

Posted by Angelo Agathangelou at 1:35 am No comments:

THRIVE: What On Earth Will It Take?

Posted by Angelo Agathangelou at 12:46 am No comments: