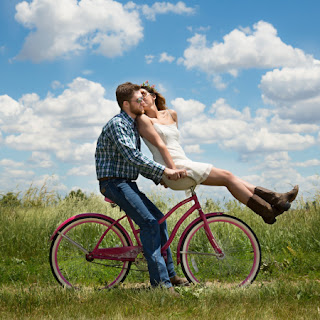 The article was a discussion of a study I found and I wanted to explore how much miscommunication there was between men and women in sexual/romantic settings in an attempt to shed some light on how sexual/romantic faux pas (if one could call them that) occur. Finding that men overestimate women’s interest and women underestimate their own came as no surprise to me. Finding that much of 48-69% of the overestimation bias is attributable to women underreporting their own sexual intentions even caught me a little off-guard; I did not anticipate it being so high, to be entirely honest.
The differences in sexual intention can be partly attributed to the differences in desired outcomes, especially in regards to ‘hook-ups’. As mentioned in the study above, women expressed lower sexual intention in the behaviours assessed whereas men expressed higher sexual intention (and estimated higher sexual intention in women). Thus, it should come as no surprise that in regards to hook-ups, men’s ideal outcomes are more sex-orientated (they are more likely to view continued sexual involvement as ideal) whereas women’s ideal outcomes are more relationship-orientated (they are more likely to view romantic involvement as ideal).


Today’s study assessed 348 college students who completed a survey on expected, ideal, and actual relational outcomes of hook ups (assessed at a 10-week follow-up). The results show, interestingly enough, that the rejection rate (want nothing more) is near equal for men and women (male = 18.8%, female = 17.5%). However, women were nearly twice as likely to ‘soft-reject’, if one could call it that, in that the ideal outcome was ‘Friendship’ (male = 6.3%, female = 11.3%). In terms of continued outcomes, women were nearly five times more likely to want romantic involvement whereas men were nearly six times more likely to want continued sexual involvement.

The question asked that gave the results for the table above was: “Ideally, how would you like most of your hook ups to end?” Participants were given seven options from which to choose: (1) nothing more (i.e., no future contact), (2) future hook ups, (3) friendship (platonic), (4) an FWB arrangement, (5) talking/exploring the idea of starting a relationship, (6) a casual dating relationship, and (7) an exclusive committed relationship.


Women’s desire for commitment and men’s desire for coitus stems from the age-old mating strategies of men and women: men*ahem* seek to spread their seed far and wide (so as to maximise numbers of offspring) and women seek a committed man (who will provision resources and guard her and the offspring).

Posted by Angelo Agathangelou at 7:16 pm